Why Brexit Won’t Stop You Coming and Learning English

The UK recently voted to leave the European Union – a move which has sent shockwaves through the financial markets and much of the continent but it definitely shouldn’t stop you thinking of coming to Britain in order to study English. Despite the shock now is actually a very good time to come to the UK.  The pound is in fact 15% cheaper than it was only a week ago!  Here is our round up that why is as good a time as ever to come to London and the UK.

There is no way that Britain will actually exit the EU in the next year. Article 50 takes two years to negotiate and it hasn’t even been triggered yet. It will be delayed because Prime Minister, David Cameron is resigning and the Conservative party needs to find a new leader who will then assume the role and the Article 50 task. There are also many voices claiming the only way they can lead leave negotiations is by having a mandate from a general election. This potentially means that before any negotiation begins there will be another election. It could take a whole year before the country is even in a position to negotiate, which means it will take at least three before the UK formally exits the EU. This gives you plenty of time to come to the UK to study the language and gain experience through internships.

As mentioned above the leave vote has catapulted Britain into a period of uncertainty but this is very advantageous for foreign students and tourists. A weakened pound will mean that prices in the UK will appear more reasonable. Instead of discouraging you from coming to study a language or work internship it should be having the opposite effect. The weakened pound should act as a pull factor for tourists and short term residents because everything feels significantly cheaper.

Each year around 600,000 students come and study English in the UK because it is the best place to learn. In order to really understand a language, you need to live with it and use it on a regular basis. The UK is the easiest place to immerse yourself in English in an everyday setting. This was the case before Brexit and it isn’t going to change because the UK has left the EU. If you really want to learn English, then nothing should stop you coming to the UK and studying here.

For now, there is no reason to avoid Britain, in fact there hasn’t been a better time to come and study. Are you looking for somewhere to stay? Why not try The Curve? It offers top quality student accommodation in zone 1 for extremely reasonable costs. 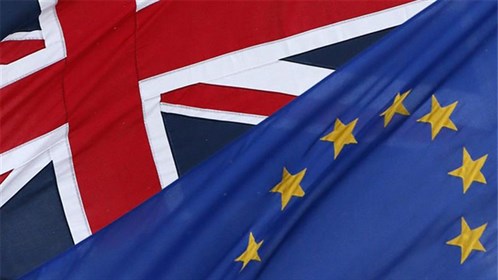