Reviews: The XX at Brixton Academy and Laura Marling at The Roundhouse

Reviews: The XX at Brixton Academy and Laura Marling at The Roundhouse

After what seems like a never-ending list of deadlines and exams creeping up with what feels like NO PRIOR WARNING, a release has been much overdue. On the hunt for a musical cure, I headed over to The XX’s final show of their Night and Day Tour on the 15th for their recently released album ‘I See You’. The record-breaking string of shows hosted an incredible line-up of exciting supporting acts including Sampha, Joy Orbison and Floating Points amongst many others. With all seven nights completely sold out, their metallic tour ads covering just about every nook and cranny of the city and talk of this tour being nothing short of worship, I obviously had high hopes.

With this said, I made my over to Brixton Academy, prepped myself with a few pints and made my way into the crowd, just in time for Floating Points. Phew. Floating Points were ridiculously good, turning up to play their electronic beats with a whole band, filling the venue with reason to dance before the South London trio were anywhere near the stage: the perfect prep for the gig. With the audience sufficiently warmed up and the stage ready for the night to come, it was time for the headline act of the tour.

And they didn’t disappoint. Opening with ‘Say Something Loving’ from their new album and simultaneously grabbing the audience with both hands, they’d won the audience over immediately. The show dove straight into the new album, careful not to miss the crowd favourites before bringing back their Mercury Prize-winning first album. And if this wasn’t quite enough, Florence and the Machine seemed to come out of nowhere to perform ‘You’ve Got the Love’ with the band. With it seeming like the band might have just about peaked, the stage shifted into the colours of Jamie XX’s last album ‘In Colour’ for the band to perform some the synth player’s solo work together. The show finally went to end on an incredible encore. 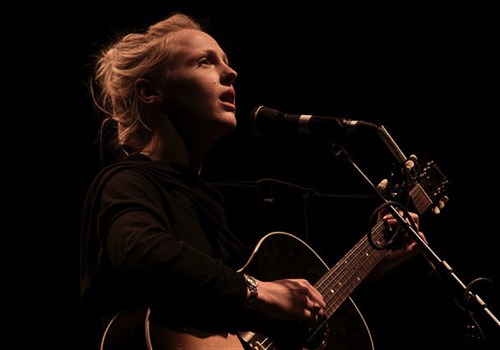 Sweaty and shaken, I was ejected back out into the real world. I needed something more, something to soothe my aching limbs and ringing ears. What better way to get this than with Laura Marling at the Roundhouse? At the beginning of her tour on the 17th, Laura joined us in the capital to share her new album ‘Semper Femina’, released just weeks before.

Filling the the space with her warm voice and gentle guitar, any night with Laura is the perfect way to spend any night of the week. And if, like me, you naively thought Marling might have peaked in her early 20s, you’re wrong. This album is insanely beautiful, boldly capturing her intricate and exquisite experience of femininity, gracefully overturning stereotypes and capturing stories of women’s stories in a way that would do any woman justice. Highly personal and emotionally captivating, Marling’s album doesn’t just tell the tale of women for women, but so too does this album capture a wealth of emotions, soothing and tortured all at once. There’s simply no denying it – she’s still got it.

Just as beautiful as her recently released self-directed music videos, Marling staged an evening ready to undone every knot of the day, month and year. With that said, exams are coming up, so go stick this album on right now.