5 Ways to Pub it in the East End

5 Ways to Pub it in the East End

East London is a hotspot for everything fun, student-y and (probably) less expensive – including pubs. If that isn’t everything you need to persuade you to head down to an East End boozer right this second, then hopefully this conclusive (but also admittedly very short and only giving a very small sample of the actually never-ending selection) list of every East London Pub Vibe you could possibly hope for will do the rest of the persuading.

First up on the list is the The Crown, a shabby-chic gastro-pub sitting by the gates into Victoria Park. On a sunny day, this place is a dream, with the lake just through the park gates and the summery (if not questionably placed) palm trees dotting the way into Victoria Park Village. This spot isn’t cheap, but it’s rather lovely, with a good range of beers from IPAs to gluten free options. Their dreamy interior will persuade you if nothing else.

Next up on the list is The Hemingway. Hidden amongst streets of flats just north of the park, it’s quite unlikely that you’d stumble across this little gem unless you’d had some kind of recommendation – that’s where I come in. The best way to describe the Hemingway is ‘olde worlde… up until the loos’. With old portraits, leather couches, “that museum smell” and mildly terrifying taxidermy mashups, The Hemingway is a step back in time to a Victorian Eccentric’s front room. That’s until you nip to the loo where you are greeted with opera music and graphic sexual art. (I can’t quite think of a simile to use for that one). Definitely a fun place to have a chill evening out, nonetheless. 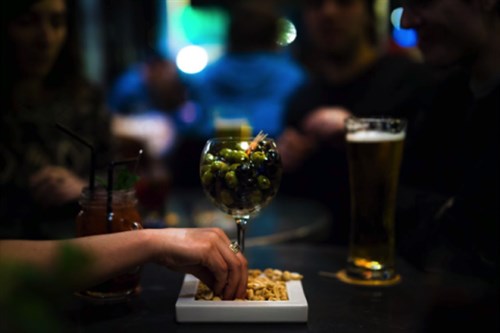 Next is Howling Hops, a brewery and tank bar in Hackney Wick’s in an industrial yard now filled with bars and pubs. With all the beer brewed on site, your beer is pulled straight from the tank, making things super fresh with insanely tasty beers. As someone who’ll take a cider over a beer any day, I can vouch that their raspberry-ripple beer will seduce even the most skeptical of beer drinkers. Laid out like a European beer hall also makes for really chilled social vibes. This one is perfect for big groups ready for a beer (or seven).

Finally, its over to Shoreditch, where you can find your standard ‘London Victorian Pub’ with a chilled-out update. What sells about this place is thevibe(sorry), but it’s true, the atmosphere here is what brings me back. It’s the pub to head to to find Londoners in a good mood. It’s also the pub to go to find good drinks, to find them showing “the game” and to hangout in big or small groups. I’d recommend. 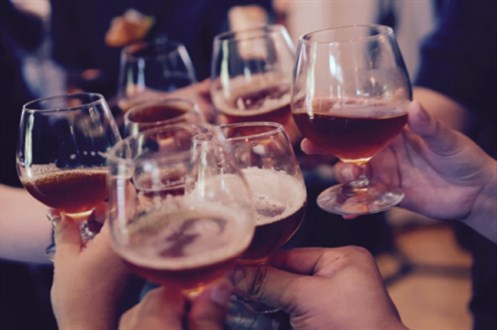 And with this (not at all) conclusive list of (just a few of) London’s best boozer on the block, you have every excuse you’ll ever need to drop those revision notes and go take that well deserved post-title-writing break.