Aren’t cemeteries the scariest places in the world? And Halloween makes them even more terrifying. England boasts of plenty of eerie graveyards and every single one deserves to be discovered. If you want to see London’s mysterious, less touristy side, you could not choose better time to visit local atmospheric cemeteries. While having a walk around, feeling the magic ambiance, you can also find some famous people tombs. To help you choose your next destination, we prepared the list of Top 3 London’s Cemeteries.

Let’s get into the Halloween spirit! 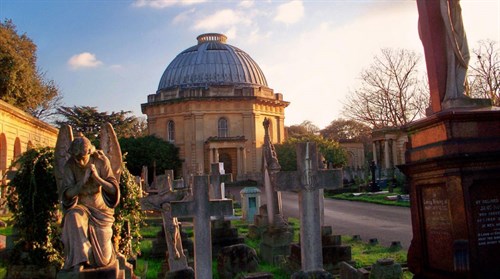 Brompton Cemetery is one of Britain’s oldest and most distinguished garden cemeteries. It’s a magical, eerie place, combining historic monuments, trees and wildlife with the stories of the remarkable people buried here. Amongst its shady walks are over 35,000 monuments – many of historical importance. You might recognize this graveyard located in Chelsea, West London, as it is a Hollywood film, because Brompton Cemetery has been featured in several films, nabbing the most screen time in the Sherlock Holmes film. 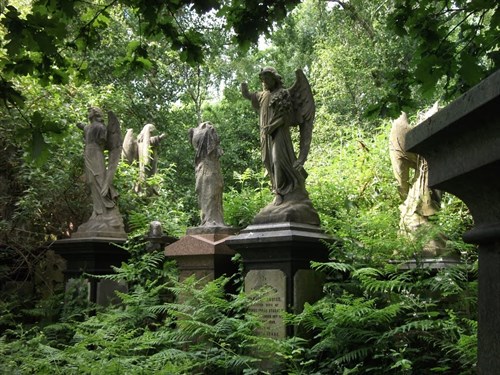 Abney Park used to be the only cemetery where no divisions were made between people of different religious backgrounds. The chapel was the first in Europe to serve for all nondenominational burials.

Closed now to new burials, its gravestones and sculptures become increasingly decayed. Abney Park was unique in being the first arboretum to be combined with a cemetery in Europe. Countless trees, bushes, weeds, flowers and vines wrap themselves around the sculptures and tombs so that you feel as though you are in an enchanted forest creating a mysterious, yet romantic feeling. Doesn’t it sound like an original idea for Halloween’s date? 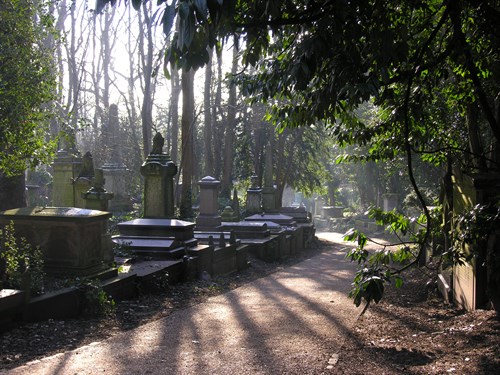 Highgate is considered to be the most beautiful Victorian cemetery in the city. It is a place of peaceful contemplation where trees, memorials and wildlife flourish. It offers sweeping views over London.

There at least 850 notable people buried at Highgate, although perhaps its most famous occupant is Karl Marx.

The cemetery is not only beautiful but it also hides a mystery – a story of a vampire from Highgate. It all started when in the 70s many dead animals were found around the cemetery. After the closer examination, veterinarians said that there is no single blood drop in dead bodies, their suspicion was that it had been sucked out. Some people claimed that they had seen a scary character walking between the graves in the evenings. Some researchers discovered that in the nineteenth century the coffin wit the remains of a vampire were buried in the cemetery.

Wouldn’t it be an original idea to organize a Halloween picnic on one of those graveyards? 🙂